On Wednesday, the Camden County Board of Freeholders held a “March for Love” in Cooper River Park in memory of the lives lost in the Pulse nightclub shooting.

“This march honored the victims of the Orlando shooting and celebrated the diversity of Camden County,” said Freeholder Jeff Nash. “The attack in Orlando was not just against the LGBT community, but it was an act of hate against our community as a whole.”

Residents were invited to march in solidarity with Orlando and honor victims by spreading a message of love and equality in our community today and for future generations.

The reading of the names of the 49 victims was given by State Senator Nilsa Cruz-Perez, Brian McGinnis, Morshad Saami Hossain, and Rabbi Larry Sernovitz. The South Jersey Philharmonic Quartet provided background accompaniment.

After the closing remarks from local clergy and religious leaders, participants marched from the Jack Curtis Stadium to the Victims of Terrorism Memorial where a candle lighting, floral presentation, and moment of silence were held.

Participants wore clothing in shades of rainbow colors to reflect the diversity of our community and to make signs, banners and personalized t-shirts to honor the victims. March for Love t-shirts were also available for purchase with proceeds benefiting the One Orlando fund created by the City of Orlando to help the victims of the Pulse nightclub shooting and their families. 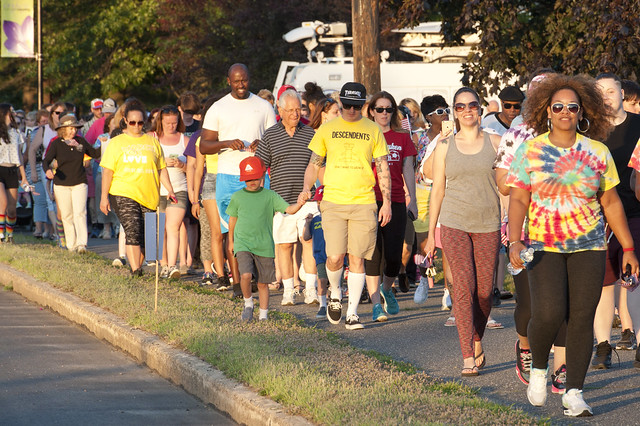