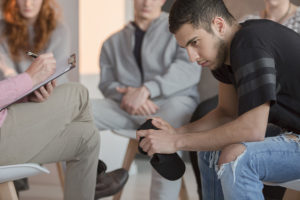 (Camden, NJ) – In 2016, nearly 60,000 Americans lost their lives due to a drug overdose. Most of these deaths were the result of opioid abuse, a crisis affecting communities across the United States. This month, Camden County received a federal grant from the U.S. Department of Justice to implement a new re-entry program improving treatment support services for inmates with a history of opioid abuse.

The $400,000 grant will be used to implement the Camden County Opioid Abuse Diversion Program (CCOAD). Freeholder Jonathan Young, liaison to the Department of Public Safety, highlighted the critical need for relief and aid to those struggling with opioid abuse in the county’s corrections system.

“The opioid epidemic is a public health crisis in our community and across the country,” Young said. “This funding allows us to explore new ways to help those who are already struggling by providing services that will cut down on recidivism and save taxpayers money. We know many inmates come into our facility fighting against a dependency to opioids and now we can start taking a closer look on reentry and getting them the tools they need to be successful upon release.”

According to a 2016 Release Outcome Report of the New Jersey Department of Corrections (NJDOC), more than 10,000 inmates are let out of New Jersey’s jails and prisons on an annual basis. It costs more than $50,000 a year to house an inmate for a year, and New Jersey has a recidivism rate near 31 percent in the first three years of release. Addiction and substance abuse are one of the main drivers of this revolving door in the criminal justice system.

The CCOAD will begin with a comprehensive assessment of the opioid crisis in Camden County. After the completion of the assessment, services will target individuals with a history of abuse and who have come into contact with the criminal justice system. The program will include an ongoing effort to evaluate and analyze the effectiveness of its initiatives. The Walter Rand Institute of Public Affairs at Rutgers University will serve as the project’s research partner.

The Department of Justice awarded a total of $1.1 million to three New Jersey-based opioid abuse programs, including Camden County’s. The Department of Justice is awarding a total of $58.9 million nationwide to address the epidemic as part of the Comprehensive Addiction and Recovery Act (CARA). The act is the first major piece of federal substance use disorder treatment and recovery legislation in over 40 years.

“The Freeholder Board is committed to leading the charge against opioid use and drug addiction and creating a model reentry system,” Young explained. “We are working to get help to as many people as possible, and we’re striving to make getting that help easier than ever before.”

For more information on how Camden County is combatting the opioid crisis visit the Addiction Awareness Taskforce online at http://addictions.camdencounty.com/. More information is also available at the Department of Health and Human Services’ Division of Alcohol and Substance Abuse’s website at https://www.camdencounty.com/service/health-human-services/alcohol-substance-abuse/.