Freeholder Board prepares for 2017 effort to minimize mosquito population 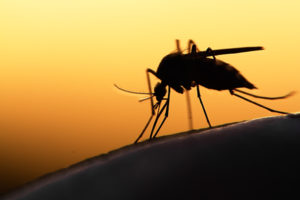 (Lindenwold, NJ) – May saw the ninth-most rain of a month on record in Camden County, and was the wettest, since 1990, creating plenty of standing water for mosquitoes to lay eggs. As temperatures have now swung into the 90s, it is the perfect weather for mosquitoes to flourish. Even though it is early in the season, the Camden County Mosquito Control Commission and Health Department are constantly reevaluating and updating their operation to best protect residents and prevent public health crises.

Though mosquitoes are often dismissed as merely annoying pests, they can carry and spread dangerous viruses and diseases if not properly monitored. A 56-year-old man from Passaic County has already died this year from the mosquito-borne illness eastern equine encephalitis. West Nile Virus has also claimed three lives in the state in the past two years. And, while the deadly Zika virus has not yet been found in any mosquitoes in New Jersey, it remains a distant but serious threat as well. To combat these, and other, diseases, county officials are already working to minimize the impact that they could have on the public.

“There is only one genus of mosquito native to New Jersey which can carry Zika, the Asian tiger mosquito, and we are monitoring them very closely,” said Freeholder Carmen Rodriguez, liaison to the Camden County Health Department. “All of the cases of Zika reported in the state last year were contracted abroad, but it remains a situation that we are taking very seriously. The best thing residents can do is monitor their own yards for standing water and places where it may gather. Insect repellants are also critically important for those spending time outdoors.”

New Jersey has had two reported cases of the Zika virus this year, and last year there were 180 infected people in New Jersey, all of whom were infected while abroad. This included a mother from Honduras who gave birth to a baby at Hackensack University Medical Center with severe microcephaly, a condition in which a baby is born with a smaller head because of abnormal brain development.

Because mosquitoes breed in standing water, small fish that eat mosquito larve are periodically taken from the mosquito commission’s headquarters and distributed to bodies of water likely to harbor the insects. Primarily, the county utilizes two species of fish, the Fathead Minnow and Killifish, both of which are native species and have no limitation on distribution. Last year, Camden County distributed more than 200,000 of these fish and serves as the southern regional distribution center for a statewide program which uses these fish.

“Just one adult fish can consume hundreds of mosquito larve in a single day,” Rodriguez said. “This program allows us to cut down on the amount of pesticides being used in the community, and combat the mosquito population in a more natural and holistic way.”

In addition to utilizing small fish to stem the mosquito population at the source, the county also sprays various streets and neighborhoods early in the morning to help control the population growing in residential areas.

“Going out and spraying in the community not only fights the mosquitoes breeding there, but it allows us to check on different parts of the county and identify where we can concentrate more pointed efforts to lower and control the mosquito population,” said Director of Environmental Affairs Jack Sworaski. “At the end of the day, educating the public is one of our best measures because a mosquito is able to breed in just a bottle cap of water, which underscores the need for residents to dump standing water on their property.”

For more information, or to report a problem, residents can contact the Camden County Mosquito Commission at (856) 566-2945 or skeeters@camdencounty.com.