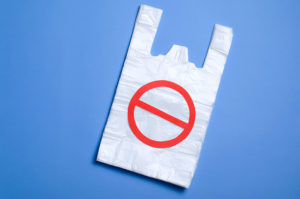 (Lindenwold, NJ) – Beginning January 1, 2020, single-use plastics will be banned in all County facilities, and at all County-sponsored events. The Freeholder Board approved the ban by resolution during its October meeting and will begin rolling out alternatives over the next year.

The ban will include all single-use plastic bags, plastic straws, stirrers, and utensils, polystyrene (Styrofoam), and bottled water in single-serve containers (1 liter or less), as well as balloons which were banned via a previous resolution passed in February 2018.

“The research speaks for itself on the impact of plastics to our oceans, wildlife, and other natural resources,” said Freeholder Jonathan Young, liaison to the Office of Sustainability. “We cannot deny reality any longer and must begin taking whatever steps we have to reduce our reliance on these harmful materials. The Board is committed to finding environmentally-friendly alternatives that can serve the same functions at a fraction of the cost to our planet’s health.”

Plastic is the most prevalent type of debris found in the ocean, often breaking down into “microplastics” that pose a potential threat to marine life, according to the National Ocean Service. Given that these materials are not biodegradable, bags, bottles, and other plastic items can remain in our water and soil for hundreds of years, releasing toxins and littering shores and waterways.

Plastics are also produced from petroleum, and the process to manufacture them typically requires large quantities of fossil fuel-derived energy. A reliance on single-use plastics therefore deepens our reliance on processes and materials that contribute to greenhouse gas emission, which has fueled rapid changes in the Earth’s climate.

“Americans throw away roughly 100 billion plastic grocery bags each year, which means that we have to drill and import millions of barrels worth of oil and natural gas to replace them, just to do it all again after a single use,” Young said. “The Board will be exploring options to implement compostable products, made of organic substances, which will hopefully make their way to commercial composting facilities as they become available in the region. Even without those facilities, compostable products are drastically less harmful in that they end up in our waterways or waste system.”

Plastic bans have become increasingly common throughout the U.S. and elsewhere in recent years, and the results have been inspiring to officials considering similar moves in their jurisdictions. A study by the city of San Jose, California, found that a ban on plastic bags enacted there in 2011 reduced bag litter by “approximately 89 percent in in the storm drain system, 60 percent in the creeks and rivers, and 59 percent in City streets and neighborhoods.”

Other plastics have been targeted for their similarly harmful impacts in other places. Washington D.C. began a ban on plastic straws this January, following the lead of Seattle, Washington, which enacted their own plastic utensil ban last summer. Canada has pledged to eliminate all single-use plastics by 2021.

The Freeholder Board is committed to creating a sustainable future for the county and its residents. For more information regarding sustainability initiatives throughout Camden County, please visit https://sustainable.camdencounty.com/.