Join us as we reconsider Michael Jackson’s iconic album Thriller in this year of its 40th anniversary. Tom Moon, author of 1000 Recordings to Hear Before You Die, music contributor to NPR, Rolling Stone and GQ and formerly the longtime music critic for the Philadelphia Inquirer, will walk the audience through what made Thriller an instant classic at the time of its release and why the album still enthralls old and young listeners to this day.

Tom Moon has been writing about pop, rock, jazz, blues, hip-hop and the music of the world since 1983. He is the author of the New York Times bestseller 1000 Recordings To Hear Before You Die (Workman Publishing), and a contributor to other books including The Final Four of Everything. A saxophonist whose professional credits include stints on cruise ships and several tours with the Maynard Ferguson orchestra, Moon served as music critic at the Philadelphia Inquirer from 1988 until 2004. His work has appeared in Rolling Stone, GQ, Blender, Spin, Vibe, Harp and other publications, and has won several awards, including two ASCAP-Deems Taylor Music Journalism awards. He has contributed to NPR’s All Things Considered since 1996. 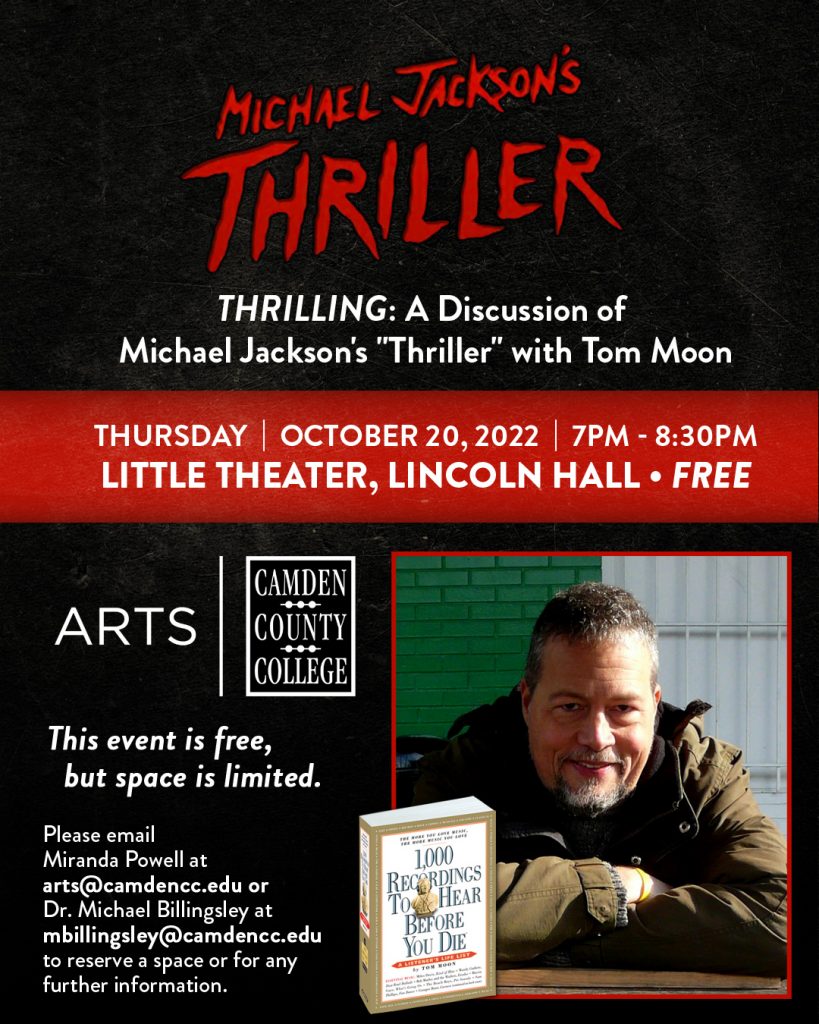