Founding Father, Author of the Declaration of Independence, 3rd President of the United States, First Foodie?

Jefferson combined the Old and the New World, creating a uniquely American approach to cooking. While dining in France, Jefferson enjoyed macaroni and cheese, “pomme de terre” (french fries), and ice cream for which he brought back many recipes.

Join the us at the Indian King Tavern Museum on Saturday, May 19th  for a fascinating presentation about Mr. Jefferson’s culinary tastes. This extraordinary man will be portrayed by Steve Endebo of the American Historical Theater. Seating is limited and the presentation will begin at 2 PM.

This is the third event in a series of programs for 2018 called Culinary Experienced of the Revolution, sponsored by The Friends of the Indian King Tavern. 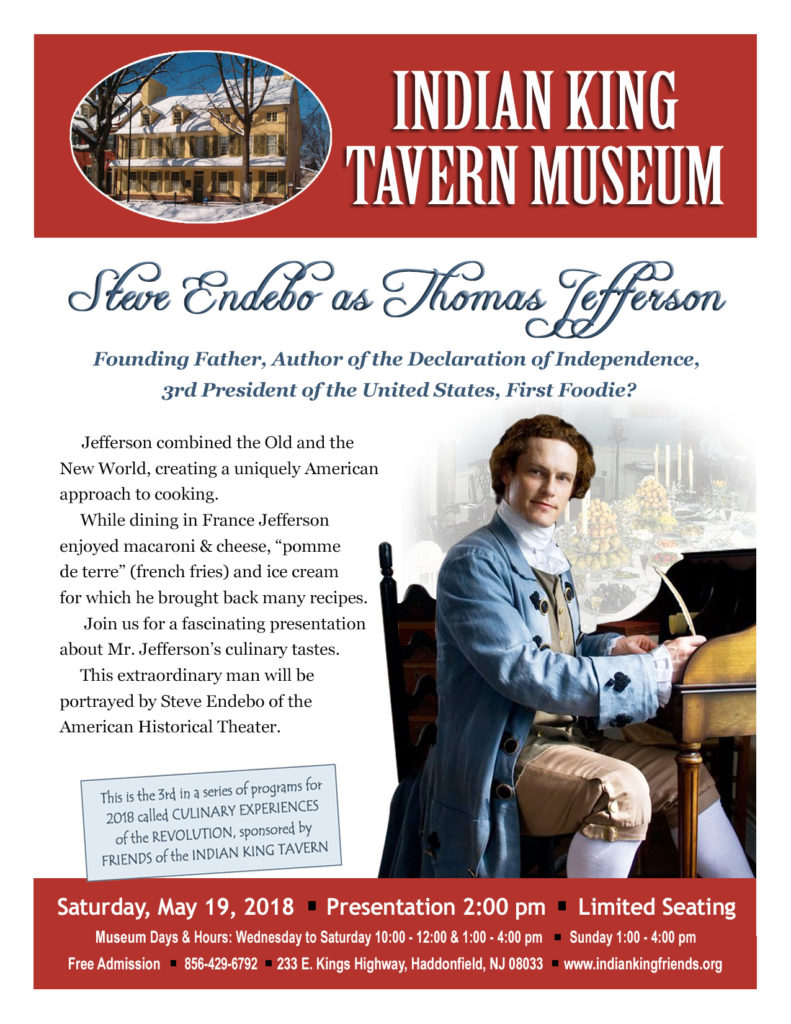