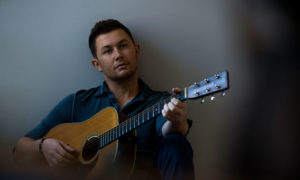 Presented by the Camden County Board of Freeholders in association with BRE and the Borough of Collingswood, the Scottish Rite Auditorium welcomes Scott McCreery, Live in Concert on Friday, April 20th. Doors open at 7 PM, Showtime at 8 PM.

“I’ve lived a lot of life since my last record,” says Scotty McCreery. “I moved out on my own, I travelled across the country and the world, I got engaged, I was dropped by my label, I was even robbed at gunpoint. So I really wanted this album to show who Scotty is at 24, what’s going on in my life, and I think we accomplished that.”
With his third album (plus a chart-topping Christmas record), the young star takes a huge creative step forward. He co-wrote all 11 songs on Seasons Change, working with some of the finest songwriters in Nashville to express a wide range of emotions and musical styles. And after a lengthy legal struggle that kept him on the sidelines for several years, McCreery placed a bold bet with his career that has paid off with a new label and a reinvigorated attitude.
“At first, it actually started pretty simple,” he says. “We were just looking for the best songs. But then as my life got more complicated, I knew I wanted to make a record that was a lot more personal, and I felt that writing more myself would help capture that.”