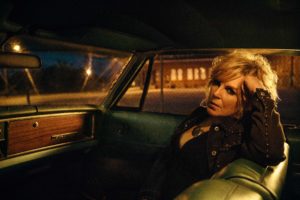 Presented by the Camden County Board of Freeholders in association with BRE and the Borough of Collingswood, the Scottish Rite Auditorium welcomes Lucinda Williams and her band Buick 6: Car Wheels on a Gravel Road 20th Anniversary Show on Friday, November 2, 2018. Doors open at 7 PM, showtime at 8 PM.

Lucinda and her band will play two sets: one performing her iconic album in its entirety, and another featuring hits and music spanning her illustrious catalog.

Three-time Grammy Award winner, Lucinda Williams and her band Buick 6 are celebrating the 20th anniversary of Williams’ hit album Car Wheels on a Gravel Road. With Grammy Awards in country, rock, and folk, Williams has been making her mark across the music industry for over three decades. Her music is often likened to Bob Dylan or Tom Petty, both of whom she has toured with. Her unique voice and emotive songwriting was pivotal in launching the Americana movement.