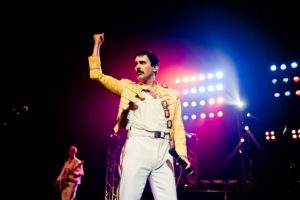 Presented by the Camden County Board of Freeholders in association with BRE and the Borough of Collingswood, the Scottish Rite Auditorium welcomes Killer Queen on Friday, November 16th. Doors open at 7 PM and the show starts at 8 PM.
Killer Queen is London’s Premier Queen Tribute band. Killer Queen is the only tribute that has sold out in the same arenas as Queen in their heyday. Patrick and the band’s performances at Forest National and Ahoy were scale recreations of Queen’s epic performances. The band is also the longest established tribute to Queen.
Tickets are $59.50, $49.50, and $29.50
Tickets Available from: www.ticketmaster.com
or by phone at 1-800-745-3000
Camden County Store at Voorhees Town Center
(Echelon Mall), 1 Echelon Road, Voorhees, NJ 08043
(856) 566- 2920
Nov 16 2018