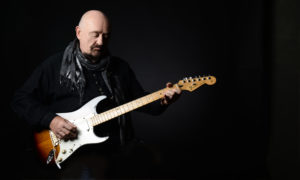 Presented by the Camden County Board of Freeholders in association with BRE and the Borough of Collingswood, the Scottish Rite Auditorium welcomes Dave Mason, The Very Best of Dave Mason on November 9! Doors open at 7 PM, showtime at 8 PM.

Rock and Roll Hall of Famer, Dave Mason, has been performing live shows for more than 50 years. Music is Dave’s passion and desire, and 2018 marks a new year in his musical journey. With that in mind, he has prepared a new live show entitled, “The Very Best of Dave Mason,” which promises to live up to its title. This new live show will enhance the popular 2017 Public Television filmed live concert and feature some of Dave’s most beloved songs like “All Along The Watchtower,” “Only You Know and I Know,” “Every Woman,” ” and “We Just Disagree” plus the rock anthem “Feelin’ Alright.” The audience will also delight in some deeper tracks from Dave’s albums as well as some of his most favorite songs that have shaped his illustrious career. In addition, Dave will share photos and first hand accounts of rock stories that can only be told by the man who walked in his shoes.