The Camden County Board of Commissioners invites you to see City Rhythm Big Band on June 23rd, 2022 on Veterans Island at Cooper River Park. This concert is part of the Twilight Concert Series. All concerts are free and start at 8PM. 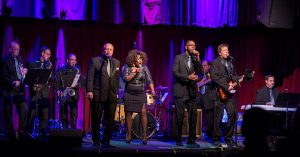