Join the Camden County Police Department’s men and women in blue and become a knight for your neighborhood on Camden City’s 4th Annual Blue kNight on October 30th, 2017 from 5 PM to 7 PM. Children who come to the event will be sworn in as knights of their neighborhood to help keep Camden safe. There will be free refreshments, giveaways, and more!

Camden County PD is taking a night that is usually marked by vandalism, arson, and other crimes and turning it into a positive night in which officers further solidify the bonds they have built with Camden residents through continued community policing in our neighborhoods. They are establishing a new tradition for the day before Halloween and from now on it will be defined by police and residents coming together to make Camden a safer place.

This event will take place at nine different locations across Camden. 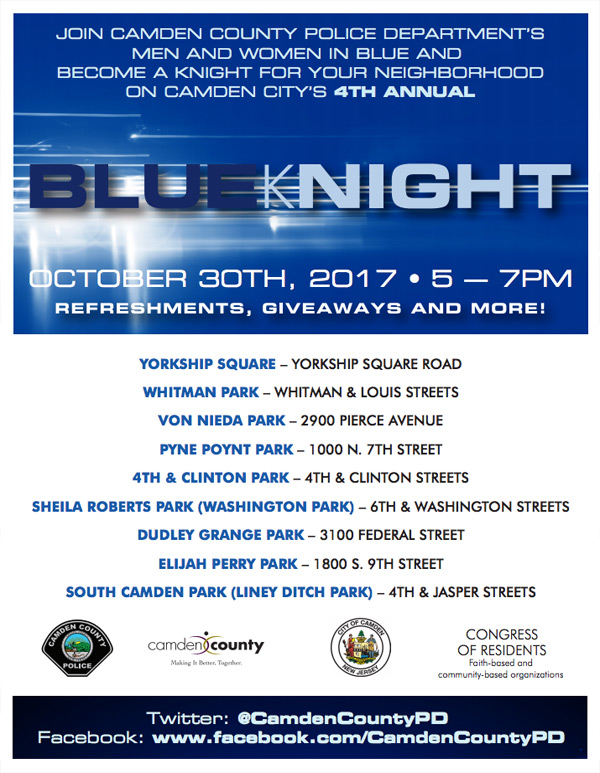