Presented by the Camden County Board of Commissioners in association with BRE and the Borough of Collingswood, the Scottish Rite Auditorium welcomes Bruce Hornsby & The Noisemakers, a WXPN Welcomes Event on Thursday, November 17th. Doors open at 6:30 PM, showtime at 7:30 PM.

Tickets go on sale September 8th at 10AM

Based out of Williamsburg, VA, Hornsby first rose to national prominence with The Way It Is, his 1986 Grammy-winning debut album with The Range. The title track became the most-played song on American radio in 1987 while Tupac Shakur’s timeless song “Changes” builds on “The Way It Is” and set the stage for many subsequent versions of the track. In 1991 Hornsby collaborated with Bonnie Raitt, playing on her iconic hit “I Can’t Make You Love Me.” Additionally, Hornsby was a part-time member of the Grateful Dead from September 1990 to March 1992, performing over 100 concerts in America and Europe. The 13-time Grammy nominee has also solidified his status as a highly sought-after collaborator. Hornsby’s own 23 albums have sold over 11 million copies worldwide, and he has appeared on over 100 records including releases with Bob Dylan, Don Henley, the Grateful Dead, Stevie Nicks, Ricky Skaggs, Bob Seger, Chaka Khan, Bon Iver, Brandon Flowers, Bonnie Raitt, Sting, Mavis Staples, Willie Nelson and more. His most recent studio album, ‘Flicted, was released this past May. 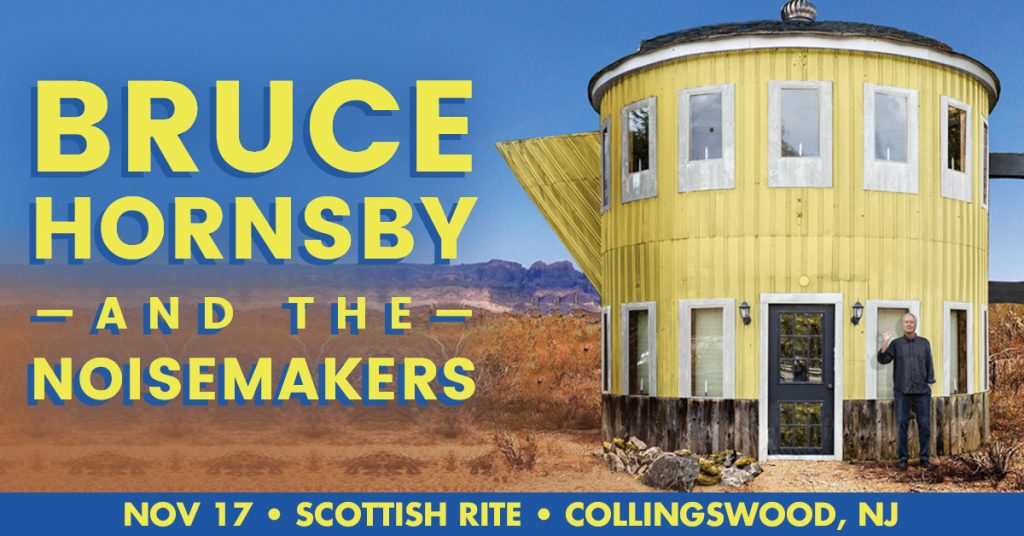