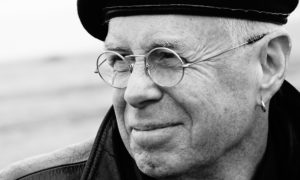 Presented by the Camden County Board of Freeholders in association with BRE and the Borough of Collingswood, the Scottish Rite Auditorium welcomes Bruce Cockburn plus Very Special Guest Dar Williams on October 26, 2019. Doors open at 7 PM ,showtime at 8 PM.

Few recording artists are as creative and prolific as Bruce Cockburn. Since his self-titled debut in 1970, the Canadian singer-songwriter has issued a steady stream of acclaimed albums every couple of years. But that output suddenly ran dry in 2011 following the release of Small Source of Comfort. There were good reasons for the drought. For one thing, Cockburn became a father with the birth of his daughter Iona. Then there was the publication of his 2014 memoir Rumours of Glory.

Dar Williams has been called “one of America’s very best singer-songwriters” by The New Yorker. She’s released ten studio albums and authored four books including her latest, “What I Found In a Thousand Towns,” to be released in September. Known for her staunch progressive ideals as her raw, acoustic energy, Williams has been captivating audiences with her sheer elegance and honesty in her folk-pop songwriting since the ’90s.