An Evening with Beth Hart, A Special Solo Performance

An Evening with Beth Hart, A Special Solo Performance 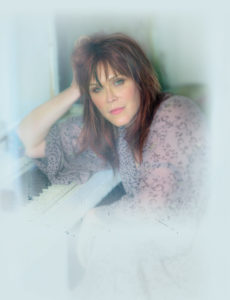 Presented by the Camden County Board of Freeholders in association with BRE and the Borough of Collingswood, the Scottish Rite Auditorium welcomes An Evening with Beth Hart, A Special Solo Performance on May 3rd, 2019. Doors open at 7 PM, showtime at 8 PM.

Beth Hart is on fire. Right now, the Grammy-nominated singer/songwriter is riding a creative tidal wave, firing out acclaimed albums, hooking up with the biggest names in music, and rocking the house each night with that celebrated burnt-honey voice. She has sold out venues in cities such as New York, Los Angeles, London, Pairs, Berlin, Milan, Amsterdam, Copenhagen, Helsinki, Tbilisi, Sydney, and Melbourne. But maybe her greatest live performance to date was seen by millions of television viewers, when her tribute to Buddy Guy on the Kennedy Center Honors Special received one of the only 2 standing ovations of the evening led by President Barack Obama and his wife Michelle. When Beth Hart sings clocks stops, hearts dance, and neck hair tingles…it’s that compelling!