A Community Conversation About Hate

A Community Conversation About Hate

Camden County College’s Center for Cultural Engagement and the JCRC’s Esther Raab Holocaust Museum and Goodwin Education Center are partnering to present a panel of distinguished local citizens to discuss the growth of hatred and its consequences in communities throughout southern New Jersey. The panel will include Christian, Muslim, and Jewish clergy joined by municipal and county political leaders.

The distinguished panel, moderated by Jack Pesda, will discuss the growth of hatred against various religious, racial, and ethnic groups and the threats and violence that accompany it. Members of the panel will offer explanations of the causes, spread, and nature of hateful behavior aimed at Asians, African Americans, Jews, Muslims, immigrants, and others. Ways of addressing the problem will also be considered. 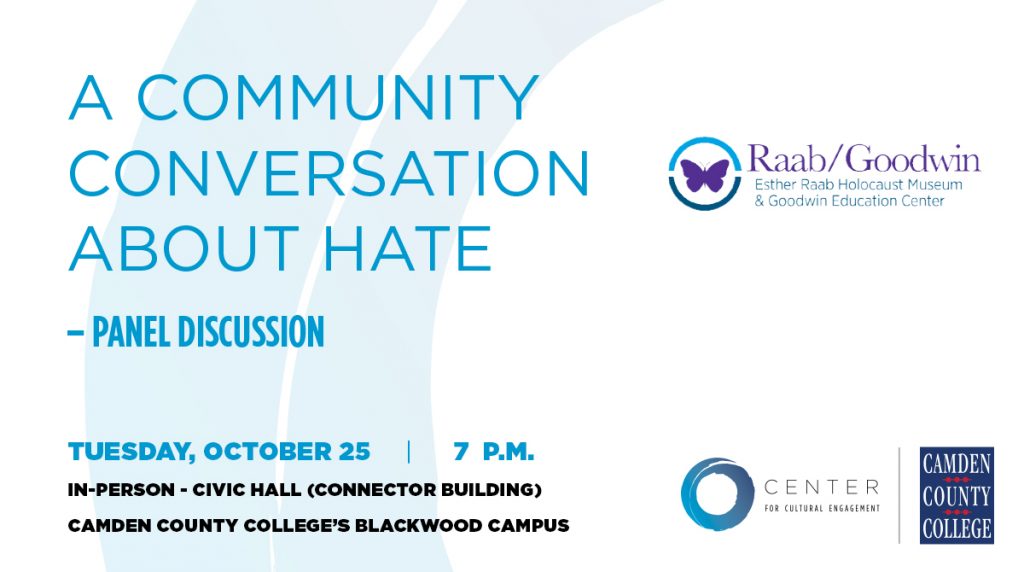