Due to rain and possible thunderstorms forecasted, this event will be rescheduled.

In 2012, Hadiya Pendleton, a 15-year-old Chicago high school student who had just marched in President Obama’s inaugural parade was killed by gunfire in her hometown of Chicago. Friends of hers decided to honor her life by wearing orange – the color hunters wear in the woods to protect themselves and others.

On June 2nd, 2015, what would have been Hadiya’s 18th birthday, more than 200 organizations and influencers asked people nationwide to join them by wearing orange to honor her life, the lives of more than 90 Americans killed by gun violence, and the hundreds more who are injured everyday.

Join the Camden County Board of Freeholders on Saturday, June 2nd, in wearing orange at Wiggins Park for a Rally at the Waterfront to honor Hadiya and those affected by gun violences. Use the hashtag #WearOrangeCC to show your support. The event will feature a concert, speakers, and family fun. 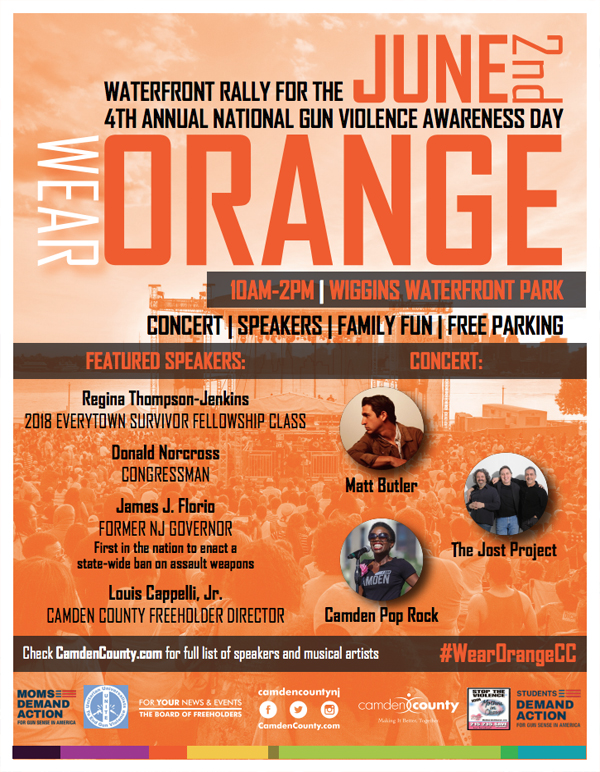