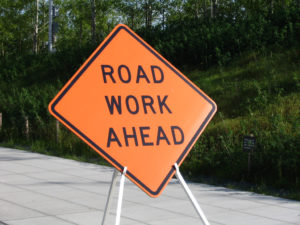 (Lindenwold, NJ) – After setbacks caused by inclement weather and material delays, the Department of Public Works anticipates the opening of the new East Atlantic Avenue Bridge over Nicholson Road in Audubon on August 3. Even after the delays, the new $2.7 million bridge will open to pedestrians and motor vehicles four months ahead of schedule.

“The bridge may opening a week later than we expected due to safety fencing being on back order and workdays lost to rain, but I’m thrilled to report that this bridge replacement project has been completed on budget and four months ahead of schedule,” said Freeholder Susan Shin Angulo, liaison to the Department of Public Works. “Each year the Freeholder Board identifies roadways and bridges that are in need of maintenance and improvement across our region. We have long-viewed these as some of the most important and most critical investment decisions we can make for our residents.”

Work on the bridge began in October 2017 and started with shutting down of Nicolson Road. The project included the complete reconstruction of the span and full replacement of the bridge abutments.

“Improving our roadway and bridge infrastructure while increasing highway safety is one of the best investments we can make in our county,” Shin Angulo said. “Replacing this bridge was a major undertaking, but the Board is committed to ensuring that Camden County residents are able to commute and travel safely. I also want to take the opportunity to thank the mayors and police chiefs of the surrounding towns for their help and patient during this project.”

The Camden County Department of Public Works is responsible for maintaining 1,400 lane miles of county roadway and 61major bridges. To report concerns on Camden County roadways, call (856) 566-2980 or visit www.camdencounty.com.