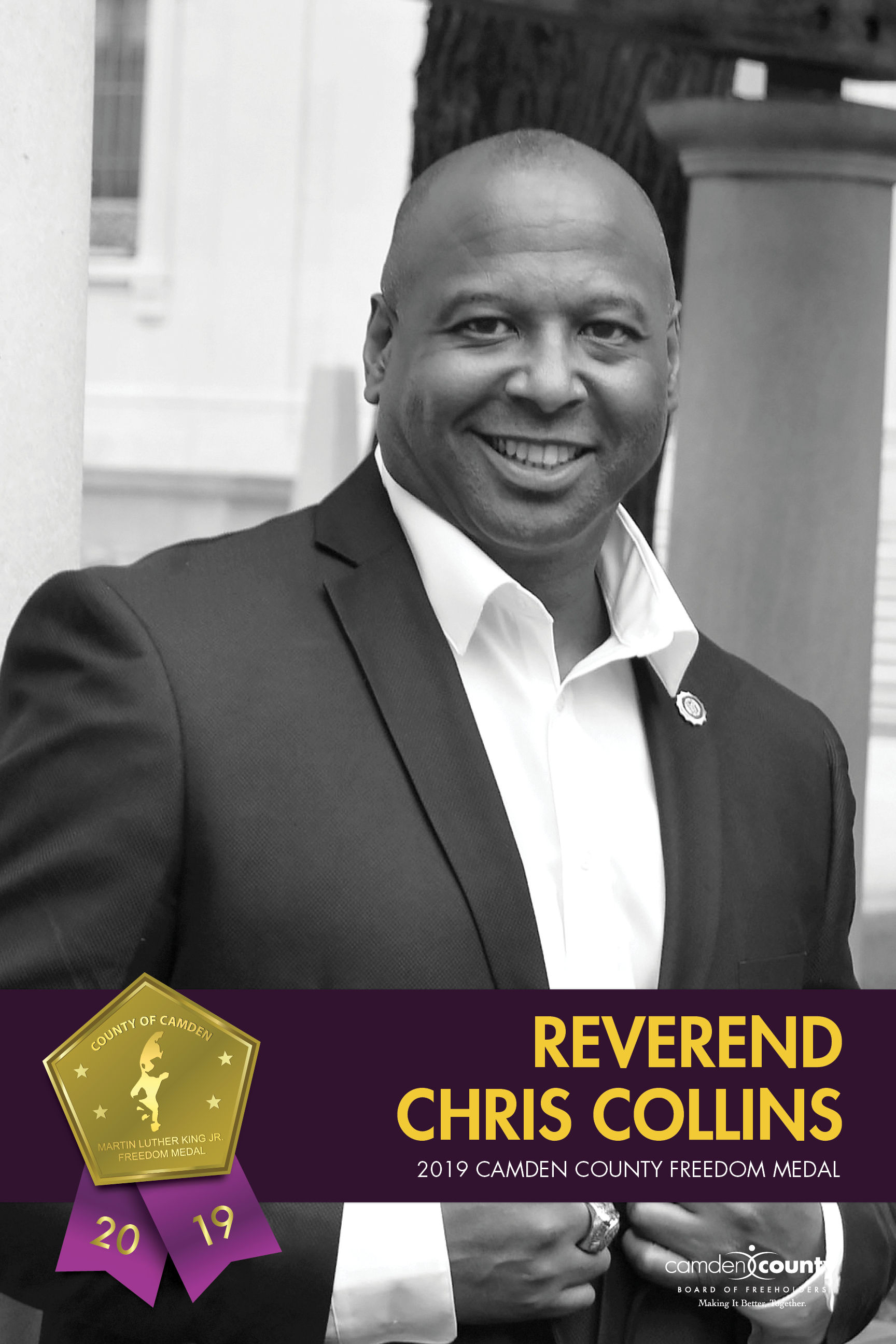 Camden City native, Chris Collins is the CEO and Editor-in-Chief of the Annointed News Journal (ANJ) and is a member of the local clergy in Camden. In 1995, he started what is known today as the nation’s premier faith-based and professional weekly newspaper for winners, Anointed News Journal, which covers 28 states and has been distributed in 8 countries: Germany, Paris, New Zealand, Japan, Ghana and Cameroon, Africa, Malawi, South Africa, and Bloemfontein Free State, South Africa.  ANJ is a publication about people and provides positive information and resources that uplifts and empowers its readers.

Since 1995 Collins has been at the forefront in developing leadership by offering training in workforce development, journalism, entrepreneurship, job readiness, life skills, marketing and public relations to individuals and nonprofit agencies in New Jersey, Pennsylvania, Delaware and Washington DC. He is the co-author of several curriculums including prison reentry, job readiness, financial literacy and youth development.

Collins is a former corporate executive in marketing and community relations and has been very successful in developing collaborations between corporate, private, nonprofit, government, faith-based and grass-roots organizations.

In 2004, he served as a consultant for the NFL (National Football League) Retired Players Association, and helped to write the exit strategy for retired players.  In 2006, he was fortunate to coach professional football and made an appearance in the 2007 Arena Championship Bowl.

Since 2007, Collins gives back to his community by spending countless hours in classrooms teaching job training techniques to people in transition, Welfare to Work adults and ex-offenders. Since 1995 he has mentored more than 2,000 youth, adults and professionals in business and life skills.

He is an elected member of the Camden County Democrat Committee and has served as an adviser for the African American market for past governor administrations on small business, education and community development. He served as a member of the Mayor’s Congress for Camden City under the Redd Administration. He has received numerous awards for his many accomplishments. He is proud to have received a letter of encouragement and gratitude from former President Barack Obama himself for his accomplishments with the Anointed News Journal and his service to the public at large.

Chris Collins is a family man and along with his wife have raised four children that are all Penn State University Alumni. He too is a member of the Penn State Alumni Association and holds a Masters of Theology with Biblical Leadership from Belford University.