CCMUA Becomes First Authority in State to be Energy Independent 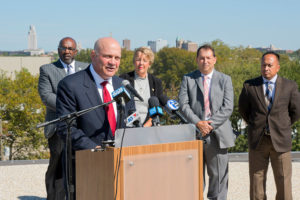 (Camden, NJ) – The Camden County Municipal Authority (CCMUA) is going off the grid. The CCMUA is taking a big step as it begins the final phase of a years-long project to become 100 percent independent of energy supplied by the electricity grid. Total energy independence will reduce the CCMUA’s vulnerability to power outages, ensure reliability during a natural disaster and cut hundreds of thousands of dollars in electrical costs.

This final phase of the multi-step project is the creation of a sustainability loop between the CCMUA and the Covanta Camden Energy Recovery Center. The loop will create an exchange of resources between the two entities, and will provide the last bit of energy the CCMUA needs to totally replace the grid with green energy.

“As part of this agreement, the CCMUA will send Covanta 1 million gallons of treated and filtered effluent for cooling water per day,” said Freeholder Jeff Nash, liaison to the CCMUA. “Covanta currently withdraws the same amount per day from an impacted aquifer, so our supply can help them replace the need to use that damaged equipment and reduce the strain put on the environment by the normal process.”

In turn, Covanta will send the CCMUA excess electricity from their trash to steam operation. It will provide the remaining electricity needed by the plant to render the CCMUA 100 percent energy independent. This will also significantly reduce the CCMUA’s carbon footprint by eliminating the use of normal electricity at the plant. Only 100 percent green energy gathered from solar, biogas and now the trash to steam provided by Covanta will be used going forward.

“This project will not only help the environment and get the CCMUA off the grid, but it will also save about $600,000 in annual electricity costs,” Nash said. “So, we can help the environment by lowering our carbon footprint while we also lower our total annual costs.”

The final leg of this project comes after three previous phases which helped to reduce the CCMUA’s reliance on grid electricity. The first phase was beginning a focused energy conservation project, with which the CCMUA was able to reduce its energy usage by approximately 20 percent. The second step was installing a 2-megawatt solar panel array at the plant which creates two million watts of energy enough to power more than 33,333, 60-watt light bulbs and had saved the CCMUA more than $250,000 per year in energy costs since 2012.

The third phase will be a facility which extracts gas from the plant’s sludge and then runs the gas through an electric turbine, generating 3.5 megawatts of electricity, about half of the plant’s total electricity needs. Construction of the facility has already begun and will be finished in the fall of 2019.

The CCMUA has been nationally recognized by the U.S. Environmental Protection Agency for their commitment to clean water and healthy waterways. In addition, in July, Executive Director, Andy Kricun, testified at the U.S. Senate Committee on Environment and Public Works’ Subcommittee on Fisheries, Water, and Wildlife. Kricun focused his testimony on the need to fund improvements to the nation’s aging water infrastructure. 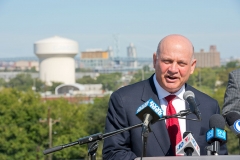 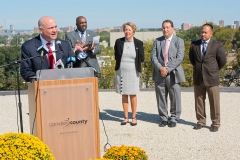 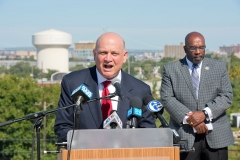 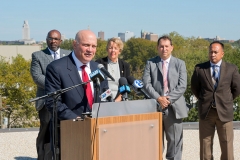 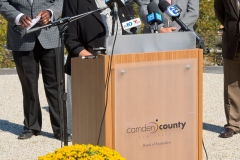 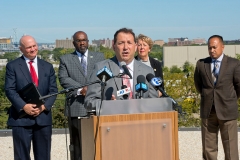 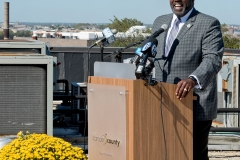 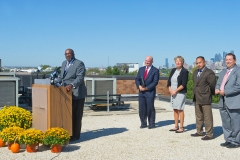 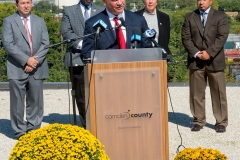 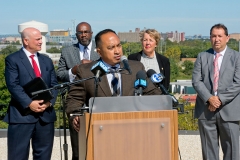 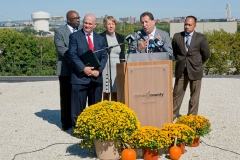 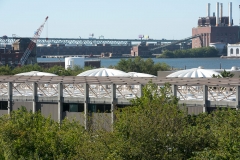 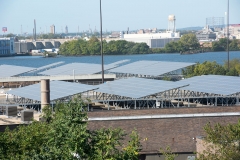 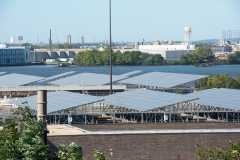 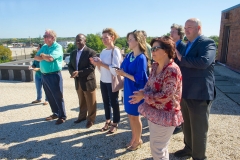 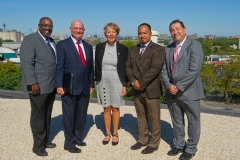 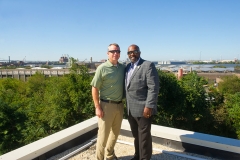