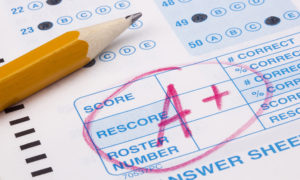 (Camden, NJ) – For the fourth year in a row, students throughout the city of Camden, district and renaissance schools, improved their results on the New Jersey Standardized Learning Assessment. Camden students continue to do better each year, and the 2018-2019 school year’s results show improvements in both English Language Arts (ELA) and math.

“We have made a concerted effort to improve upon our teachers’ training, the partnerships we utilize throughout the community, and the facilities in which we facilitate learning. These results are a clear indication that the dedication of our teachers, staff, and families is making a difference,” said Superintendent Katrina McCombs. “We know that there is still work to be done, but the continued incremental growth we are seeing from our students means that they are better prepared to succeed in and out of school than ever before. This is positive news as we look to close the gap between our students and the statewide average.”

Other key takeaways from last year’s tests include:

“The higher our participation rates, the better we can understand the students in our district. This year, we can say without question that our students are making significant strides in multiple subjects,” McCombs said. “As we continue to look at the school-specific data and talk with our teachers, our focus will be on identifying and remedying those areas where we still have the most room for growth.”

In the 2011-12 academic year, three Camden School District students were prepared for college from the entire student body. Since that time, the graduation rate has grown to almost 70%, the drop-out rate was cut in half and school suspensions were reduced by 53%. Furthermore, SAT participation has grown by 46% and the district has had more than $360 million in school investments including a new traditional public Camden High School.