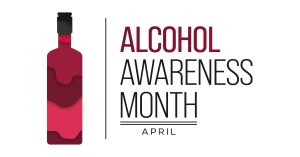 (Gloucester Township, NJ) – On average, approximately 10,000 Americans are killed each year in drunk driving crashes. In Camden County alone roughly 2,500 residents are convicted for driving under the influence (DUI) annually. Nationwide, alcohol is the third leading preventable cause of death.

Officials in Camden County and throughout the country are highlighting these and other important statistics as part of Alcohol Awareness Month, an initiative running through April to raise public awareness of underage drinking and driving, as well as the effects of alcohol use disorder which impacts an estimated 15 million adults across the United States.

“Studies show that kids who have conversations with their parents about the dangers of drugs and alcohol are significantly less likely to use those substances than their peers,” said County Commissioner Director Louis Cappelli, Jr., liaison to the Office of Mental Health and Addiction. “These conversations can save lives and dramatically reduce the number of adolescents who are harmed by drugs and alcohol. Children who understand the effects of dangerous substances are far more likely to avoid underage or illegal consumption.”

The Camden County Board of Commissioners, along with the Camden County Addiction Awareness Task Force (CCAATF) and countless other organizations and individuals, are working to bring attention to addiction, wherever it occurs. More information, as well as additional resources, can be found by visiting CamdenCounty.com