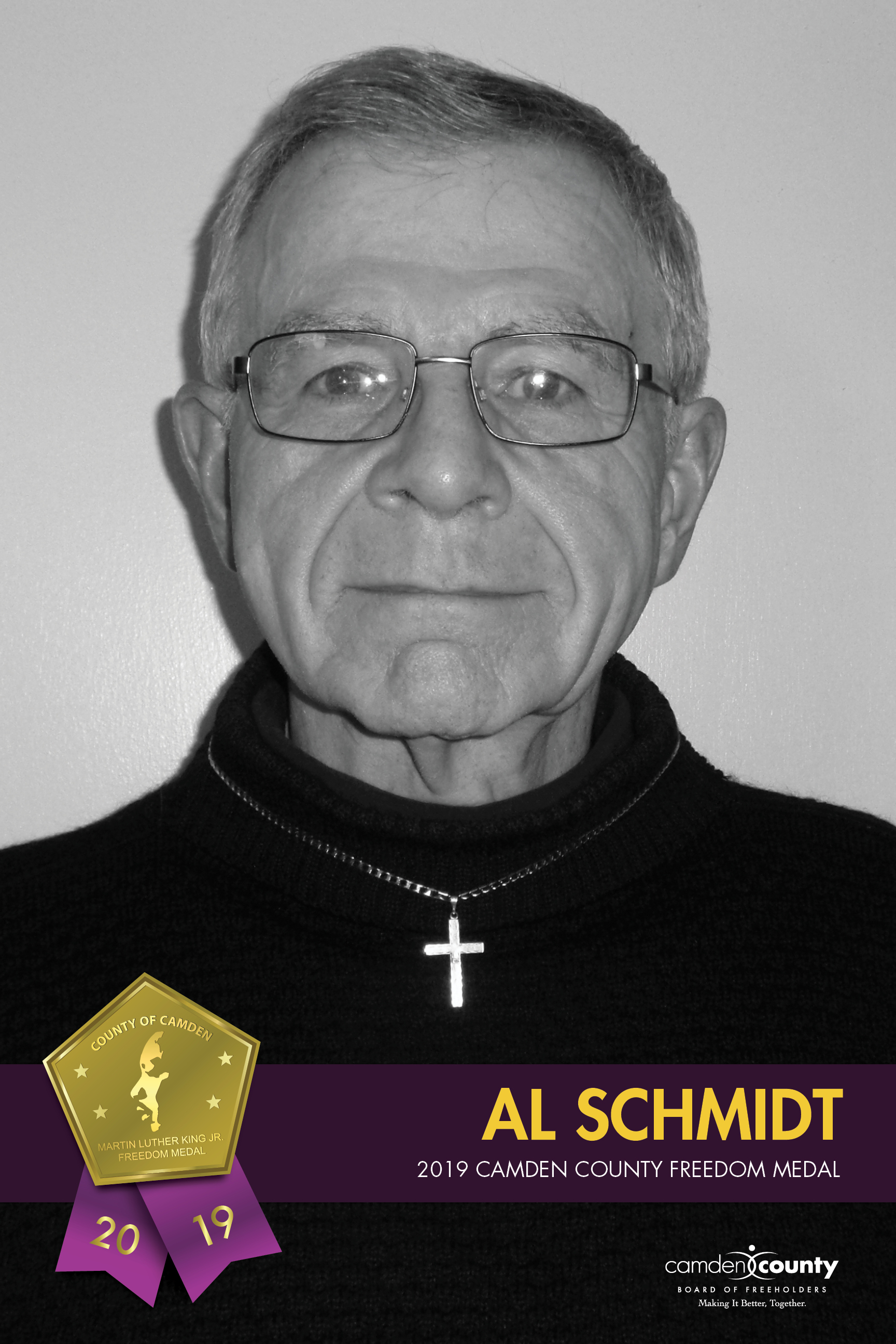 Al Schmidt and his wife, Bobbie, grew up in Camden County, where they married and started a family. Al earned a degree from Rutgers-Camden, and taught at Camden High School before finding employment with IBM. His career took their family away from New Jersey for over 22 years, but throughout that time they still had an active volunteer life. In 1998, they returned to care for Bobbie’s father. Since Al had just retired, he had a lot of time available.

It was in 1998 that they joined Grace Church in Haddonfield and its volunteer programs. Al became involved with the following committees: Property (managing contracts and working maintenance), Stewardship, Finance (assistant treasurer), Technology (support of computers), and Vestry (lay leadership).

Through Grace Church, he was able to connect with outreach programs for people in need; most of which were in Camden. Since 1998, Al and his wife have been part of Project Interaction. They provide hot breakfast on Sundays at St. Paul’s Church in Camden. At the same time, he began working with a program to provide bags of groceries to families each Friday at St. Paul’s Food Basket.

Presently, Al manages a team of volunteers that pickup food each weekday from a local Wawa and deliver it to St. Paul’s program. These efforts also provide food for other programs, including Touch NJ in northern Camden and the free medical clinic at St. Wilfrid’s Church in eastern Camden. He has also been working IHOC at their church over the last 12 years, as well as MLK Days of Service and Vacation Bible School.

As part of a charity event, Al volunteered his services to build a website for the Barclay Farmstead. He was impressed with what they were doing with their programs, so he joined their team of interpreters as a blacksmith for school tours. Al also had the opportunity to rebuild the great bellows with some friends over the summer. This bellows is required to operate their forge.

Al has the honor of being a member (and president this year) of the Haddonfield 65 Club. The club supports the Salvation Army’s Red Kettle, serves as marshals for charity runs, and works on the Feed My Starving Children program. Al became involved in the club when he was asked to build and maintain their website.