Walt Baker knows no limits in his goal of helping others. Whether it be with more than 6 decades of involvement with the Boy Scouts of America, serving as treasurer and director of the Haddonfield 65 Club for a decade, about 7,300 hours at Cooper Hospital in Camden, or with his mentoring of others on how to handle CPR and a variety of other life-saving techniques with American Red Cross over 25 years, Walt is everywhere doing everything for others. Walt served in the US Marines during the Korean War and subsequently worked as an electrical engineering technician at the Philadelphia Naval Shipyard and Lakehurst Naval Air Engineering Center for 36 years in government service. But the most enjoyable part of his life was his marriage for 54 years to his wife Dolores, who passed away in June 2010. Together they had three sons and a daughter and five grandchildren. Walter is from Haddonfield. 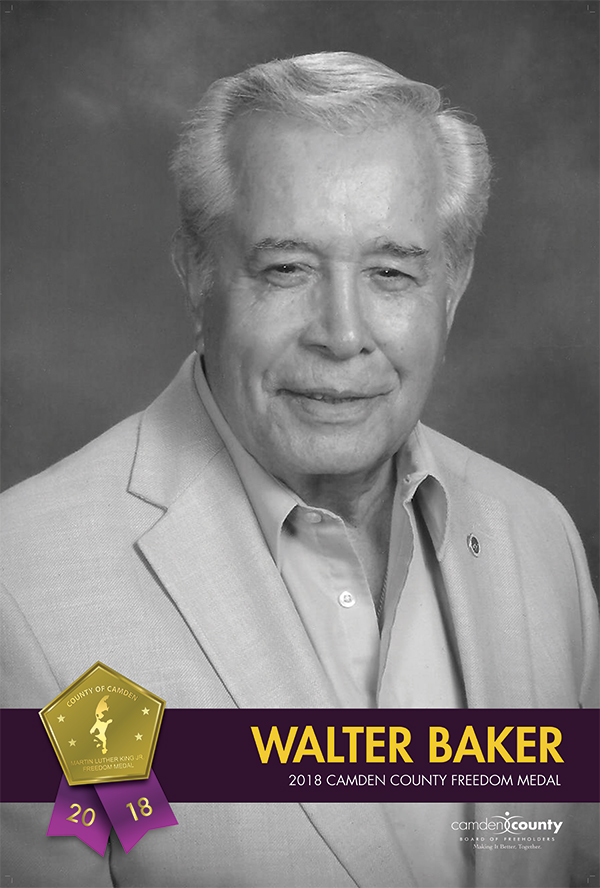