Cornelius F. Butler has served three community organizations – the Lawnside Historical Society, the Mount Peace Cemetery Association, and the Benson Multicultural History Museum – and has impacted hundreds of people while doing so. Since the Lawnside Historical Society began in 1990, Cornelius has cooked hundreds of pounds of spare ribs, shoveled snow, mowed the lawn, and so much more. He also helps with fundraisers by setting up and breaking down exhibits. He used to only tend his mother’s grave at historic Mount Peace Cemetery on the White Horse Pike, but he expanded years ago to mowing the 11-acre lawn, clearing trees, removing litter, and repairing the utility sheds. And when the Benson Multicultural Museum needed help, Cornelius responded to assist the late Rev. James A. Benson, a previous MLK Freedom Medal recipient, by repairing roofs, walls, floors, electrical systems, windows, and doors. Cornelius and his wife, Chrissandra, have four children and three grandchildren. Cornelius is from Lawnside. 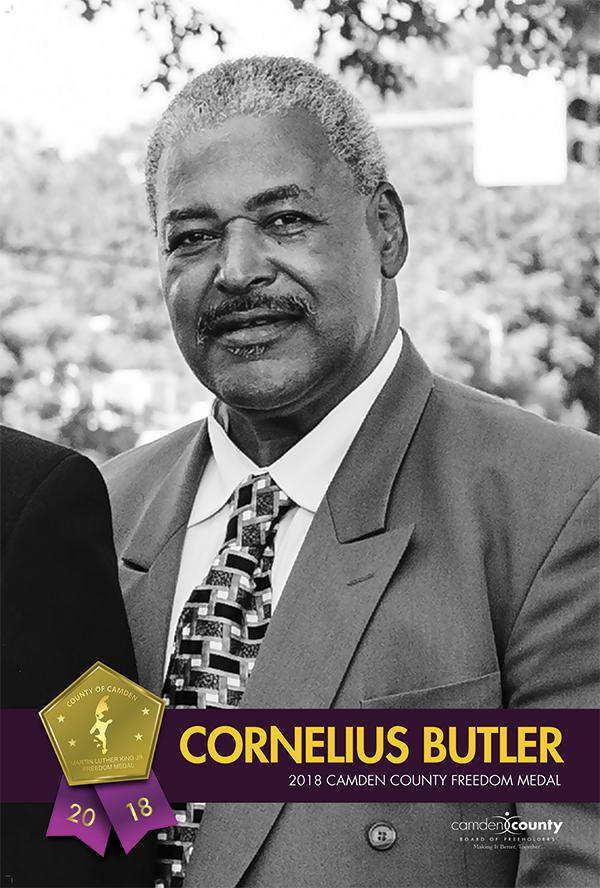