Megan has a favorite song from Will.I.Am titled Hall of Fame and it includes the refrain “You can be a Champion.”  This phrase seemed to be a theme that carried with her throughout her years in sport.

Megan was a stand-out soccer and basketball player as well as a stellar student at Highland High School. In soccer, she was a four-year varsity starter and a three-year captain for The Tartans. She was First Team All-Conference four times and First Team All-Group three times.  She was named to the All South Jersey team in 1989 and made Third Team All-State in both 1998 and 1989.  Megan was named as one of the Top 50 Girls Soccer Players in the Nation. 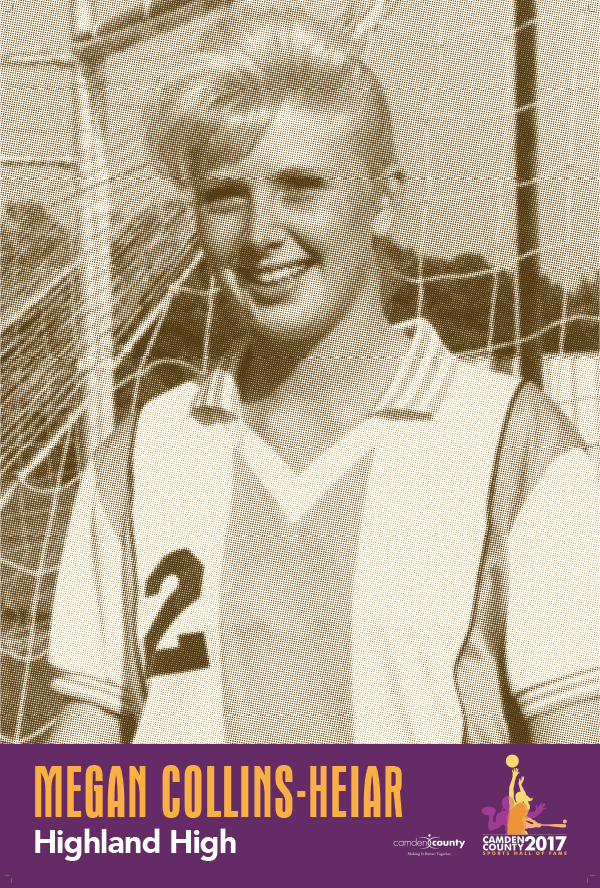 Megan continued her soccer life at Ithaca College where she was a four-year varsity starter and captain her senior year.  Megan proudly started in every game for Ithaca during her four-year tenure.  She did not hesitate to make a name for herself in her Freshman year.  Megan helped lead Ithaca to their first of two NCAA National Championships.  A memorable moment during that Freshman Championship run included shutting down the top Division III Offensive Player in the nation.  Megan returned her Sophomore year to also lead the Bombers to their Second NCAA National Championship in 1991.  That year she was named Defensive MVP during the “Final Four” and South Jersey College Player of the Year in both 1991 and 1992.  During the NYSWCAA Women’s Soccer Tournament in 1991 she was also named MVP.  Megan’s defensive leadership was a contributing factor for a team that had 18 shutouts and gave up only 8 goals that season.  In addition to the two NCAA Championships, Megan’s collegiate career included All-Conference Honors three times, All -New York State Honors three times, All-Region Honors twice and First Team All-American.  As a defensive back, she scored 24 points in 91 games as the Ithaca Bombers posted a four-year record of 69-10-12.

Megan graduated Highland in 1990 and was later named to the Highland High School Athletic Hall of Fame in 2015 and the South Jersey Soccer Hall of Fame in 2016.  Megan finished her BS Degree in 1994 and a Masters’ from Ithaca in 1995.  Ithaca College Athletic Hall of Fame inducted Megan in 2006.  Ten years later she will be called to their Hall again as Ithaca inducted the 1990-1991 Women’s Soccer Team as the only team to have back-to-back NCAA Championships to date.  In 2010, NCAA Division III selected a 25th Anniversary Team and Megan was named to that team for her championship spirit and tough defensive play.

That same favorite song includes a line “You could be the greatest, you can be the best.”  Megan exploits on the soccer field showed that she was the best.