In professional baseball lingo, “having a cup of coffee” means a short tenure on a major league team. Bill Laxton of Audubon had many cups of coffee and was involved in some noteworthy trades during his eight-plus seasons in  the majors and AAA leagues.

Drafted in the fourth round by the Pittsburgh Pirates in 1966 (one of the first drafts), Laxton proved the old saw that there’s room on every roster for a left-handed reliever who can throw hard.

Few hurlers in South Jersey history could throw a better fastball that Bill Laxton. His problem was consistent control. “I faced Richie Hebner as my first batter in the majors and hit him in the butt with a fastball,” he said. “That was in 1970, my first and only big league season with the Phillies.”

Laxton was fast and wild while hurling for coach Hank Greenberg at Audubon High from 1964 to 1966. “We won South Jersey Group III during my days at Audubon, but we were the ‘Hitless Wonders’ then,” he related. “I can remember losing big games to Haddonfield, one by 2-1 when I had a one-hitter and struck out 15. They scored their run on two walks and a hit batsman, but I had plenty of those in high school.”

He inherited his live arm from his father and uncle, Dick and Fred, who played many years of semipro ball in Camden. He then passed them along to their three sons, Todd, Brett and Josh. All toed the rubber for Audubon High and the storied Brooklawn club in American Legion ball. Brett followed Bill to the major leagues after pitching LSU to an NCAA title as a freshman.

Bill Laxton was traded to the Phillies along with Woody Fryman and Don Money (another South Jersey product) for the late Jim Bunning, who had given them four good years. Unfortunately, his Phils’ career lasted only two games. He spent 1971-75 with the Padres, logging only 28 innings that first year but then sparingky, and then he went to the Mets. 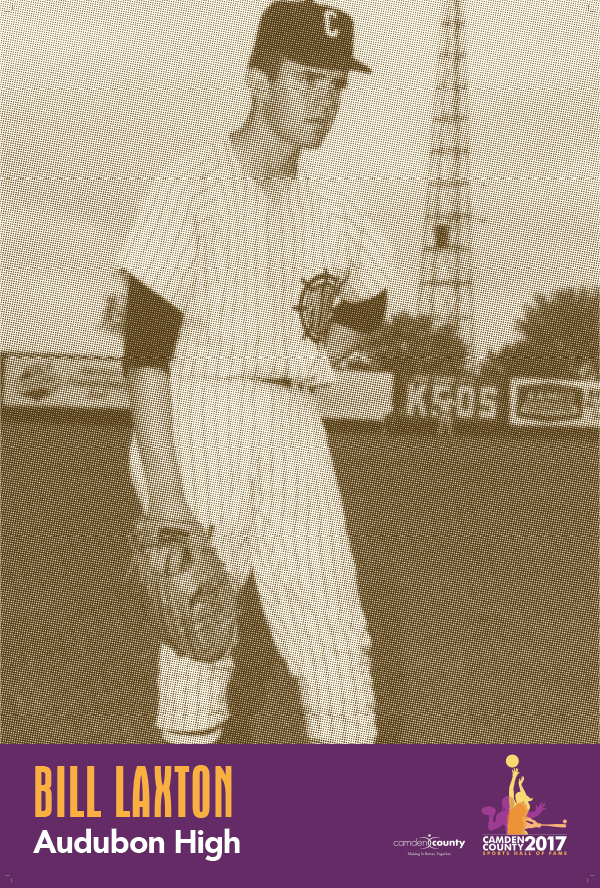 His best memory with the Mets was pitching the Tidewater team to a 1-0 win over Mark “Big Bird” Fidrych in the AAA World Series. That victory came on top of an 11-3 record and 110 strikeouts in 124 innings. Laxton looked forward to a real opportunity with the parent club.

But he was traded to Detroit, along with Rusty Staub, for Mickey Lolich, a veteran lefty. A year later he was picked by Seattle in the 1977 expansion draft. “I had my best season with the Mariners and had the distinction of winning their first game ever in relief,” he said. “I won my only three games and pitched in 43 games and then was traded to Cleveland. That was about enough for me.”

He had married Cheryl Franecki, a pretty Audubon cheerleader, and she can remember moving 33 times while Bill was playing baseball. They have now been married 47 years and most of those years have been in Audubon, where it all started for them.

There they have followed sons Todd, Brett and Josh, who have made their own marks pitching for Audubon High and the Brooklawn Legion. Brett had a promising career cut short by an arm injury after winning the MVP award for pitching LSU to the College World Series title as a freshman.